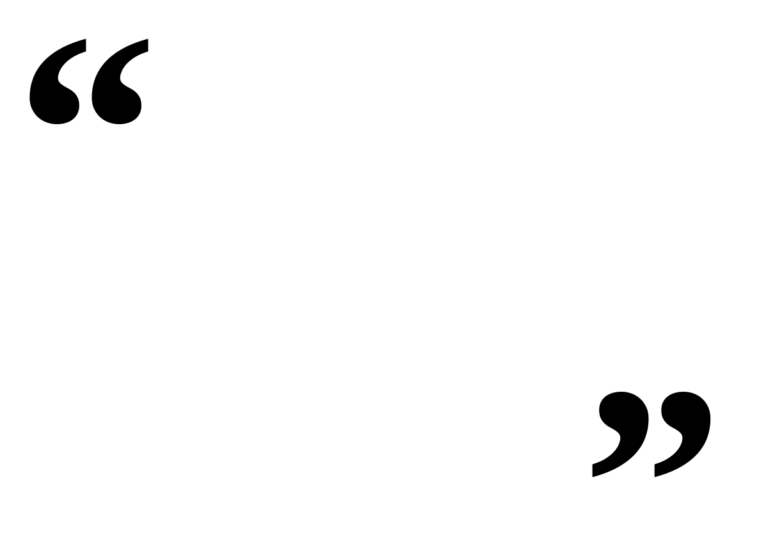 There are countless examples in the rest of the Bible where the Hebrew or Greek is ambiguous as to who is speaking.  Re-attributing words to another person can change the meaning of the passage.  A serious student of the word can gain fresh perspectives and new insights by not being swayed by the editorially inserted quotation marks.

2. Quotation marks give the false idea that authors quoted word-for-word

Quotation marks indicate words that are direct quotes.  However, biblical writers did not always quote speakers word-for-word.  For example, consider Matthew 2:23.  The verse says:
Most recent translations put quotation marks around “He shall be called a Nazarene.”  The problem with putting quotation marks around these words is that no prophet appears to have said these exact words.  Moreover, the words, “He shall be called a Nazarene,” are attributed to the “prophets” and not to any single speaker.  We certainly do not find multiple speakers uttering these words, let alone one speaker.  Most scholars agree that this prophetic fulfillment concerns the various Old Testament prophecies that refer to the Messiah’s humble and despised status.  Isaiah 53:2-3 and Psalm 22:6 are such examples.  Jews in Jesus’ time despised Nazareth, as we see in Nathaniel’s question to Philip (John 1:46).  So the phrase, “He shall be called a Nazarene,” is not a direct quote of any prophet, but a summarized idea of what various prophets said concerning Jesus’ humble and despised status.  The NIV 2010 update finally recognized the error of placing quotation marks here and has removed them:
Sometimes parallel accounts (i.e. the Gospels) do not give the exact same quotations.  This is because the authors of the accounts probably did not quote word-for-word.  This is not to say that the authors were careless or inaccurate, but it means that the New Testament writers did not follow English rules of grammar and style.  In contemporary English there is a sharp distinction between direct quotations and descriptions:

If we were to directly quote, we must follow the originally spoken words word-for-word.  But if we were to describe rather than directly quote, we do not have to follow the originally spoken words word-for-word.  There is simply no expectation to follow the spoken words word-for-word in a descriptive statement.  But both, the direct quotation and the description, are equally true.
There is no indication that Hebrew and Greek authors followed these sharp distinctions between direct quotations and descriptions.  The fact that quotation marks do not appear in Hebrew and Greek is strong indication that such distinctions were not made.  Thus what we consider “quotes of Jesus” are perhaps something of a hybrid between his word-for-word quotes and the Holy Spirit inspired description of his quotes.  These words are true nonetheless.
For example, the words of our Lord during his last supper are slightly different in Matthew, Mark, Luke and 1 Corinthians.
These are probably not all direct quotations.  Matthew and Mark’s accounts seem to be congruent in the beginning at least, but in Greek the word for “for” in the beginning of the quote in Matthew comes after the word for “this,” so the two accounts are not congruent word-for-word after all.  These could all be direct quotations if our Lord repeated this statement four times, but that is highly unlikely.  If this occasion were the only time that “discrepancies” appeared, that may be a possibility.  But this common pattern of superficial discrepancies among parallel accounts cannot all be explained by the theory that our Lord repeated the statements.
Biblical writers did not always directly quote speakers.  The Holy Spirit inspired writers conveyed the words accurately but with more freedom than how an English writer today provides direct quotations.  The inclusion of quotation marks perpetuates the false idea that these words are direct quotations, for quotation marks are inherent markers of direct quotations.  When we supply quotation marks, we are essentially saying, “Dear reader, the words you are about to read are direct quotations.”  However, this is not always true.  Many atheists who try to find contradictions in the Bible often point out that quotations in some parallel accounts do not match word-for-word.  They then point to this fact as an example of the unreliability of the Bible.  These critics attack a straw-man, but the irony is that this straw-man was put in place by Christians themselves who supplied these misleading quotation marks.