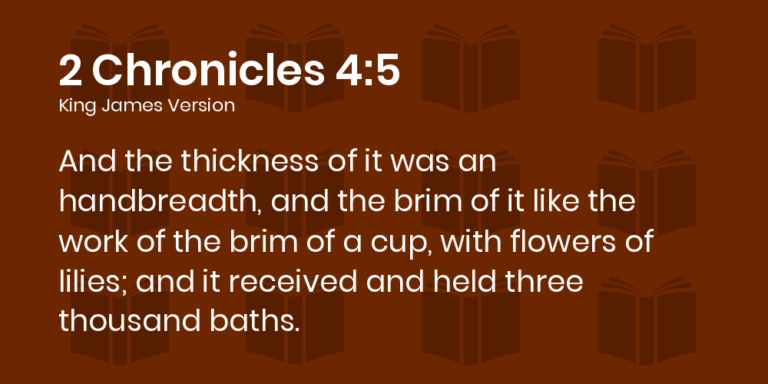 “And it was an hand breadth thick, and the brim thereof was wrought like the brim of a cup, with flowers of lilies: it contained two thousand baths.”

“And the thickness of it was an handbreadth, and the brim of it like the work of the brim of a cup, with flowers of lilies; and it received and held three thousand baths.”

The two verses do not contradict. What we have here are two descriptions that are not mutually exclusive. If the container held 3000 baths at a certain point in time, then surely there was a point during its filling when it held 2000 baths. Neither 1 Kings 7:26 nor 2 Chronicles 4:5 purport to provide the upper limit of the capacity. When the historian of 1 Kings 7:26 observed the container, it held 2000 baths. When the historian of 2 Chronicles 4:5 observed the container, it held 3000 baths.