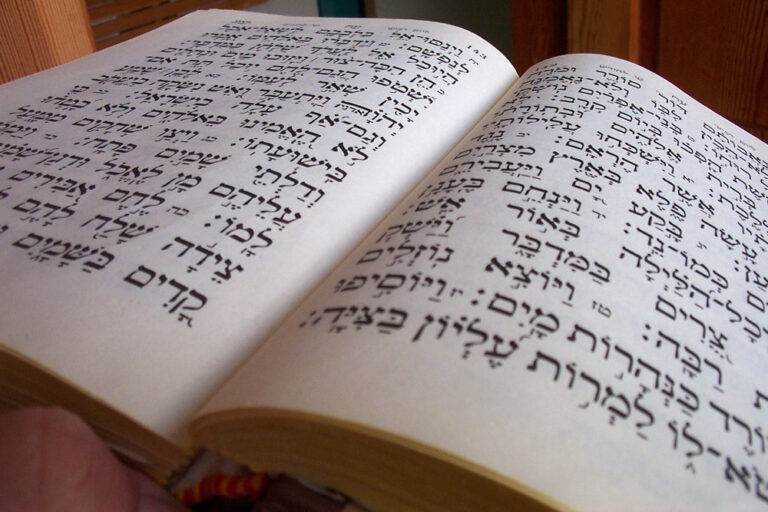 “He hath made every thing beautiful in his time: also he hath set the world in their heart, so that no man can find out the work that God maketh from the beginning to the end.” (Ecclesiastes 3:11, KJV)

The KJV, as with the LXX and Vulgate, translates “עֹלָם” as “world (αἰῶνα, mundum)”. The NIV, NASB and ESV translate it as “eternity” and the Bishops Bible, NET, BBE and the Message translate it as “ignorance” or its synonym. Scholarly opinion varies on the meaning of this word.

The KJV’s rendering is in accordance with the usage of postbiblical Hebrew (footnote in the NET). Moreover, the context of Ecclesiastes 3:11 shows that “עֹלָם” is here meant to be understood as something that is finite, not infinite. The reason God has put “עֹלָם” in man’s heart is so that no man can find out the work that God makes from the “beginning (ראשׁ)” to the “end (סוף)”. This is a finite period of time, albeit a long period of time. “עֹלָם” signifies a finite period of time in passages such as Psalm 73:12, which says, “Behold, these are the ungodly, who prosper in the world; they increase in riches.” The ESV says, “…always at ease….” It is obvious that the ungodly are not at east for all of eternity. They are at ease only during this present period in between the “beginning” and the “end” of this world.

Lest it be said that the KJV’s “world” misses the connotation of time, “world” denotes both a spatial and a temporal aspect. English speakers frequently use “world” to denote a temporal aspect, such as in the statement, “…in this post 9-11 world….” “Post 9-11 world” refers to the era after the 9-11 terrorist attacks, not so much the place, since the place, earth, is the same before and after September 11, 2001. “World” is derived from the Old High German “weralt” which is a combination of “wer” (“man” as in “werewolf) and “alt” (“age”). Thus, “world” means “man’s age” or “man’s existence.” Colloquial usage of the word, as demonstrated above, still exhibits the word’s tie to the aspect of time. Ecclesiastes 3:11 refers to the temporal aspect of God’s creation with the statements, “in his time” and “from the beginning to end.” Thus, several translations find that “eternity” is the context-appropriate translation of “עֹלָם.” However, the verse also refers to the spatial aspect of God’s creation with the statements, “He hath made everything” and “the work that God maketh.” Since “world” denotes both a temporal and a spatial aspect, it covers the full gamut of the possible meaning of “עֹלָם.”