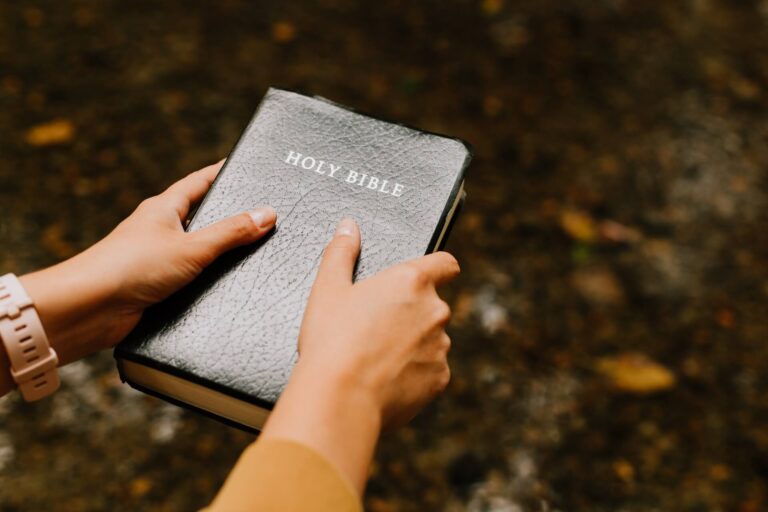 Μη γενοιτο is a prayer

Contrary to what many critics believe, the idiom, “God forbid” did not originate in English. It is an idiom of biblical Hebrew origin, first introduced in 1 Samuel 24:6: “The LORD forbid that I should do this thing….” (ESV, NIV). Thus the idiom has biblical precedent and is legitimate. The charge, however, is that the word “God (θεός)” is not in the Greek “μη γενοιτο” in Romans 3:4 and elsewhere. The Greek literally says “become (optative) not.” However, the verb in the optative mood expresses a strong negative wish in the strongest of terms, even invoking a “prayer”:

“The voluntative optative seems to be used this way in the language of prayer. Again, as with μη γενοιτο, it is largely a carry-over from Attic even though its meaning has changed. This is not due to any substantive change in syntax, but is rather due to a change in theological perspective. Prayers offered to the semi-gods of ancient Athens could expect to be haggled over, rebuffed, and left unanswered. But the God of the NT was bigger than that. The prayers offered to him depend on his sovereignty and goodness. Thus, although the form of much prayer language in the NT has the tinge of remote possibility, when it is offered to the God who raised Jesus Christ from the dead, its meaning often moves into the realm of expectation. If uncertainty is part of the package, it is not due to questions of God’s ability, but simply to the petitioner’s humility before the transcendent one.” (Daniel Wallace, Greek Grammar Beyond the Basics at 481).

Daniel Wallace in no uncertain terms acknowledges that μη γενοιτο is a language of prayer carried over from Attic Greek. Whereas the Athenians directed the plea “μη γενοιτο” to their pagan gods, the writers of the New Testament direct this same prayer phrase to God. Thus when a New Testament writer says “μη γενοιτο,” the implied subject is God.

“God” is made explicit, but not added

The KJV translators did not add “God” in translating μη γενοιτο, but merely made explicit the subject that was implicit in Greek. Such a practice is so common in translation that it is never an issue. For example, in Japanese the subject or object is often implicit. A Japanese customer might say to the vendor, “kore kudasai” (literally: “this give”). If that statement were to be translated into English, any translator would simply not leave it as “This give” or “Give this.” Any translator would translate it as “Give this to me.” Thus the translator is not adding anything as much as he is making explicit in English the indirect object which is implicit in Japanese. Likewise, the subject of μη γενοιτο might be apparent to speakers of Attic and Koine Greek, but it is not to English readers. Thus the subject “God” is extracted (not added) from μη γενοιτο to read “God forbid.”

Other mainstream translations that have “God forbid”

Daniel Wallace may not agree with every instance in which the KJV translated μη γενοιτο as “God forbid”, but he says “μη γενοιτο is a Greek idiom that should not be literally translated.” (A REVIEW OF THE NIV 2011: PART 2 OF 4). The TNIV and NIV 2011, both of which attempt to showcase the most cutting-edge phraseology and Greek scholarship, translate μη γενοιτο as “God forbid” in Luke 20:16. Other translations (NASB, NRSV, TEV) use the phrase “God forbid” (though not in translating μη γενοιτο) in Matthew 16:22 despite there being no explicit mention of “God” in the underlying Greek word. The insertion of “God” in a phrase that does not have “θεός” is not uncommon in the Bible. In translating “χρηματισμός (divine response)” the NIV and ESV add “God” (Romans 11:4) to convey that this divine response is from God. Also, in translating “χρηματίζω (divine admonishment)” the NASB and NKJV add “God” (Matthew 2:22) to convey that this divine admonishment is from God. Also, in translating “σέβομαι (devout)” the NASB adds “God” (Acts 13:43) to convey that these people are devout for God. Also, in translating “κορβαν (consecrated gift)” the NIV, ESV, and NASB add “God” (Mark 7:11) to convey that this gift is consecrated to God.