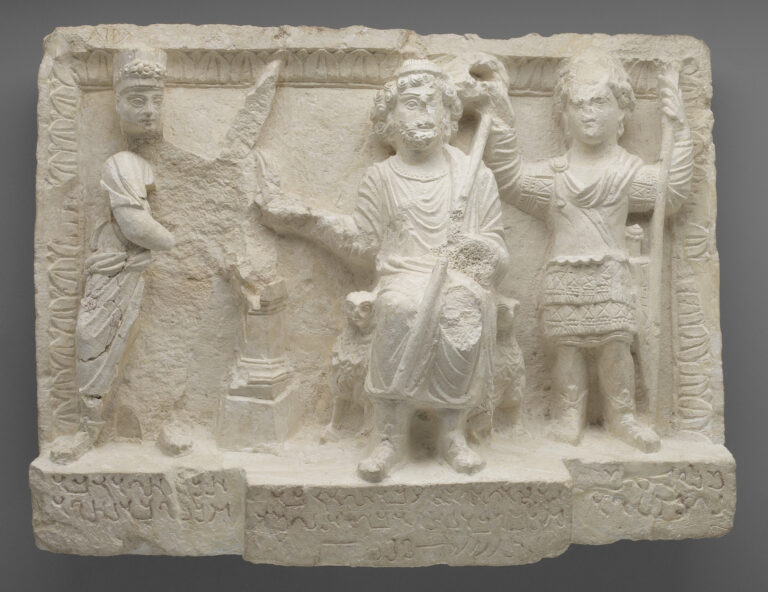 “But ye are they that forsake the LORD, that forget my holy mountain, that prepare a table for that troop, and that furnish the drink offering unto that number.” (Isaiah 65:11, KJV)

The NKJV transliterates the Hebrew terms Gad and Meni, which were Babylonian or Syrian gods-of fortune and of destiny, respectively. Isaiah is upbraiding the people for engaging in idolatrous worship of Gad and Meni. That’s a fairly long way from “that troop” and “that number”! (The King James Version Only Controversy, (Bethany House Publishers: Bloomington, Minnesota, 2009), p. 282).

In the margin the KJV translators provided the notes, “Or, Gad” and “Or, Meni” (words starting with upper case letters) so the translators clearly knew that these were proper nouns. Gad and Meni were indeed the names of the Pagan gods of fortune and destiny, but the names literally mean “troop” and “number”. “גּד” (Gad) is matched with Strong’s H1408 but it is the same word as H1410 which means “troop” (Brown, Driver, Briggs Lexicon). “מני” (Meni) is derived from “מנה” (manah) which means “to count, reckon, number, assign, tell, appoint, prepare” (Brown, Driver, Briggs Lexicon). By translating these names as “troop” and “number”, the pun in Hebrew becomes apparent. The passage refers to the names of two deities, Gad and Meni, but the thrust of the passage is that the Israelites had opted for polytheism (“that troop” and “that number”) in defiance to their one God. John Wesley shared this interpretation, commenting on the verse saying, “That troop – The idols of the ten tribes, and of the Assyrians, were a troop, where as the God of Israel was one God…. Number – The multitude of their idols” (John Wesley’s Notes on the Bible). Unfortunately, this brilliant pun is lost in the NASB, ESV, NIV, etc.